The Garden of Nurgle

I’m starting this blog to record my foray into Warhammer 40K, beginning with the illustrious gifts of Papa Nurgle.  I’ll be posting pics of miniature painting, modelling, conversions, etc, as well as bits & pieces of whatever catches my eye or inspires me.

At the moment I’m most excited to get started on building, converting and painting a Death Guard army.  The announcement of the Codex: Death Guard yesterday has me hyped for the possibilities to come.  This will be my first time back in the game since playing Second Edition 40K as a teenager back in the mid-90’s, so it’s been a 20 year hiatus.  Back then I mostly played Ultramarines and Tyranids.  All the news and excitement about the release of Eighth Edition has piqued my nostalgia, but I’m keen to do something completely different from my old armies.

I chose Death Guard mainly for the abundant creative opportunities it affords.  I’m looking forward to getting stuck into some Green Stuff and modelling up some gruesome details to make my new army unique.  My long term goal for my second army is to make a Chaos Daemon army entirely consisting of scratch-built and converted daemons, but with almost no modelling experience yet, I don’t think I’d do the plan justice, so I’m going to use the Death Guard as a cool way of practicing my sculpting to prepare for the next project.  I’ve been checking out several awesome artists whose conversions have really impressed me, and I’ll be posting more about them later.  I have no illusions about getting my craft up to their standard, but hopefully it will be an exciting journey nonetheless.

For now, I’ve just starting collecting the pieces to build my Death Guard force, and it will take me a while before I can get started working on them.  I also want to wait until I get the Codex in my hands before I commit too much into them, just in case the Codex changes something important from the Index, so I’m not going to rush into anything yet. 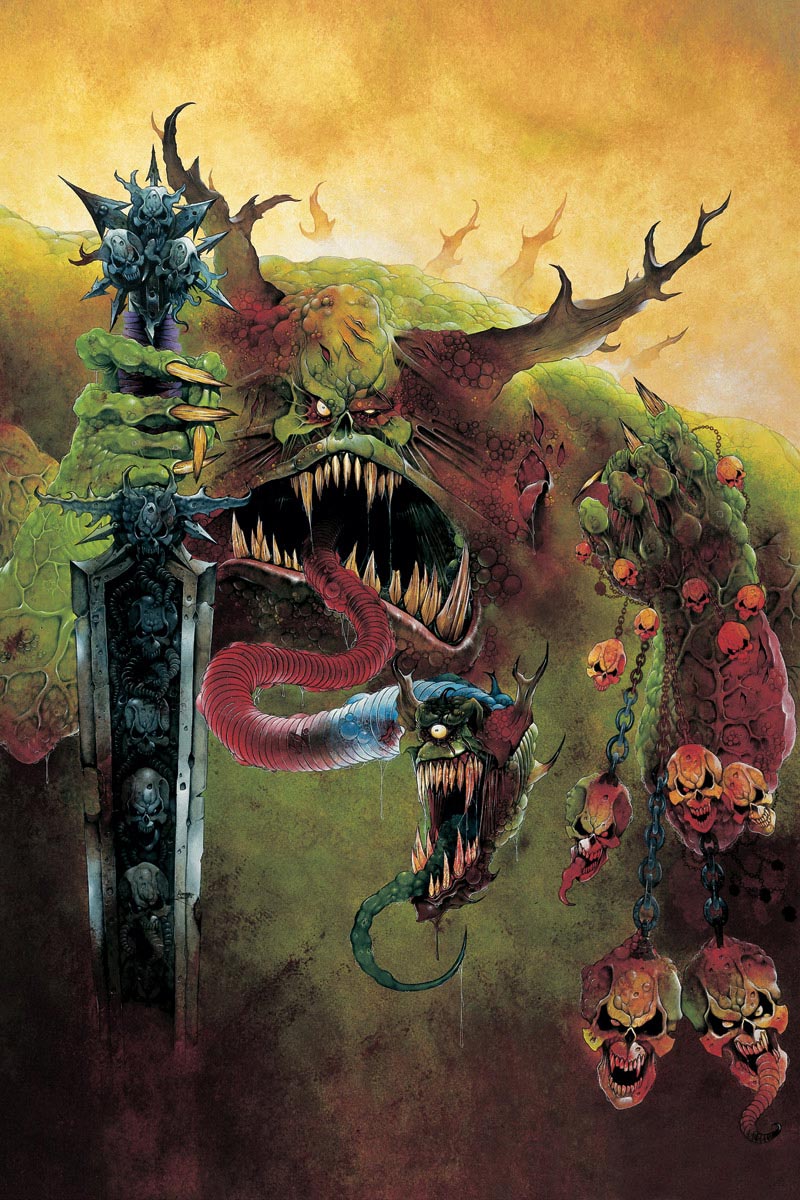 Nurgle, Death Guard, Warhammer 40K, and all other IPs and images etc shown in this blog are the property of Games Workshop.